Mental disorders are often underestimated and undervalued, but they are definitely the disease of the XXI century. In 2016, 1.1 billion people worldwide had one or another disorder which means that every sixth person was mentally ill. The USA and Australia are leaders as they have more than 20% of the population with disorders. Canada, Brazil, Western and Northern Europe feature 17.5-20% of citizens affected.

Of course, mental disorders are harmful and painful, but they can be extremely dangerous as well. While mental disorders are rarely the immediate cause of death, they might result in suicides and self-harm frequently. Precisely, up to 90% of suicides in high-income states are results of mental problems! It’s obvious that depressions and bipolar disorders increase the risk of committing suicide significantly.

Before we proceed to statistics, it’s important to clarify what mental disorders mean exactly. The World Health Organization defines them as a “combination of abnormal thoughts, perceptions, emotions”, and so on. In other words, these illnesses cause unnatural behavior or thoughts that, in turn, lead to distress.

The overall number of 1.1 billion represents 15.5% of the world population, and varies from 13% to 22% in different countries. The gender distribution is nearly equal: 16% for males and 15% for females. According to the WHO and its ICD-10 list, there are 11 types of mental disorders with dozens of subtypes. Further, we will focus on four of them (all stats are valid for 2016): 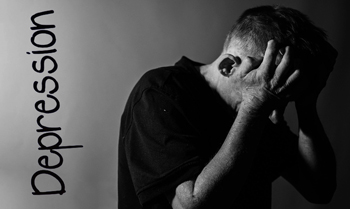 Being commonly misunderstood as a simply bad mood, depression is a dangerous disorder which is accompanied by prolonged periods of low mood, low energy, and low interest in all activities. The WHO highlights different levels of depression: from mild to severe. This disorder may be continuous or repetitive.

There are around 300 million people affected by depression, currently. In 2016, there were 268 million, 2-6% of citizens depending on the country. You can check the overall prevalence and breakdowns by regions and states. Obviously, the leaders are China and India – countries with the highest population. The USA is on the 3rd place with 15.87 million affected citizens.

This illness provokes repeated and drastically different states of mind: mania and depression. Episodes of the first type are known as highly active – an affected person is full of energy during them. The second type is a traditional depression described earlier. In addition, there may be recovery periods.

Now that you know the symptoms of depression, here are the signs of mania:

Obviously, the patient with a bipolar affective disorder has alternating periods but sometimes this illness may be diagnosed with mania only.

From 40 to 60 million people have BAD. 2016 reports show that 40 million people were affected, and 55% of them were women. By country, China and India topped the list. The USA was competing with Brazil as they both had nearly 2.4 million people affected by this disorder. By age, the most vulnerable group was the young (20-24 years old). 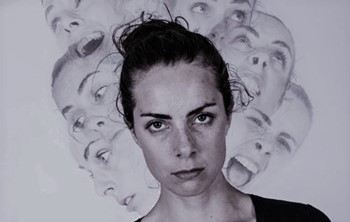 One of the severest mental problems, schizophrenia stands for significantly abnormal behavior with altered thinking, perception, language, and generally poor understanding of reality. Other psychosis states are similar but they differ in symptoms and may feature hallucinations or delusions of various types.

Schizophrenia is less prevalent disorder than depression or BAD. There were 21 million patients with this diagnosis in 2016 and the percentage of males was slightly higher than the females one (it’s uncommon for disorders). By country, the situation is similar to other described examples; but by age, 30-34-year-old and 50-69-year-old people were the most vulnerable.

This category is wide enough to include phobias, social-related problems, obsessive-compulsive disorders, post-traumas, and gambling addictions. All of them are harmful and also may lead to other illnesses or addictions (alcohol-related or drugs).

Due to several subtypes, anxiety disorders are the most prevalent. There were 275 million people with these problems in 2016. You can also check data by age (two top groups are people of 50-69 years old and 15-49 years old) and by states.

The WHO claims that there are effective approaches to preventing and treating mental disorders. People who have access to proper healthcare services including social ones are more likely to get rid of disorders. Personal support is crucial as it’s barely possible to deal with the problem on your own. Make sure to consult a professional psychologist and don’t be afraid of various medicines, because antidepressants can help greatly.