NLP or neuro-linguistic programming is a highly popular concept aimed at changing your thoughts and achieving success by interacting with your mind elaborately. NLP was invented by American trainers Richard Bandler and John Grinder in the 1970s. Nowadays, it’s generally used by corporate coaches and, sometimes, hypnotherapists who claim that they can treat phobias but most experts consider it a pseudoscience.

Disclaimer: NLP isn’t backed by any scientific results or universal methodologies, so it remains unsupported by the academic medicine.

Generally, neuro-linguistic programming is a set of approaches which help people to change the way they think and behave. The inventors of NLP claim that they can recognize behavioral and thinking patterns of successful people, so others can utilize them.

As the name suggests, the term can be divided into three parts:

The NLP experts explain the essence of this invention using the example of foreign languages. Let’s say, you want to order a steak from a foreign restaurant but eventually find out that you have ordered a liver stew. Obviously, it’s miscommunication. The same happens when you ‘talk’ to your own mind including its subconscious. The NLP techniques focus on enabling proper interaction to help you achieve exactly what you want.

How to use NLP?

Although everybody can apply neuro-linguistic programming on their own after certain research, there are some professionals in NLP who have basic strategies. They can both work with other people as psychologists or act as tutors. 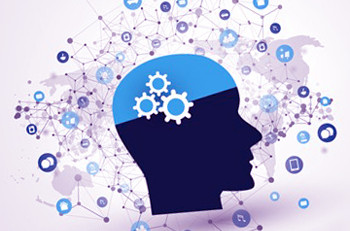 For instance, they can define your preferred representational system to choose a more effective and personalized strategy of interacting.

Since the 1970s, NLP has evolved a lot, and introduced different practical tools for identifying and modifying mind maps. Here are some of the most prominent techniques:

Certainly, different techniques have a different impact, so if you consider using them, make sure to consult specialists.

Is NLP effective? In fact, none of the modern physicians can guarantee the real effect of NLP. Various studies show that the supportive research of NLP is based on poor methodology with significant flaws. Scientists claim that the techniques are backed by outdated findings, so the mainstream healthcare industry doesn’t recognize NLP. At the end of the day, it’s up to you to decide whether to use NLP or reject it.